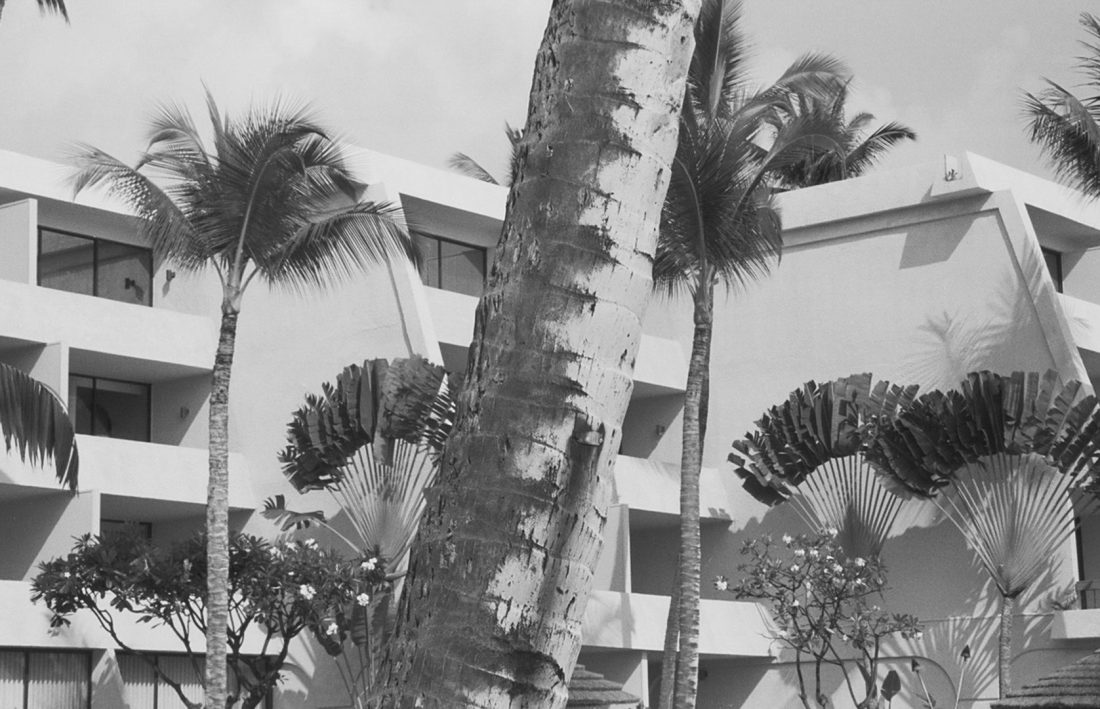 I broke a long streak of ignoring my once strong film habit by processing some film from our honeymoon in Hawai’i. Because nothing is more subversive than paradise in black & white.
I’d forgotten what was on this roll, and I’m not sure if I just suck at taking pictures on film or if it’s the processing, but some of these are super washed out. Bleh. But others are pretty fun!  END_OF_DOCUMENT_TOKEN_TO_BE_REPLACED

Kinda rainy here today, so let’s look at pretty sunsets. Hawai’i is a really nice place to look at them, since you’re so close to sea level and all. It’s always sunny on the Kona side. Every day at sundown was like an event. 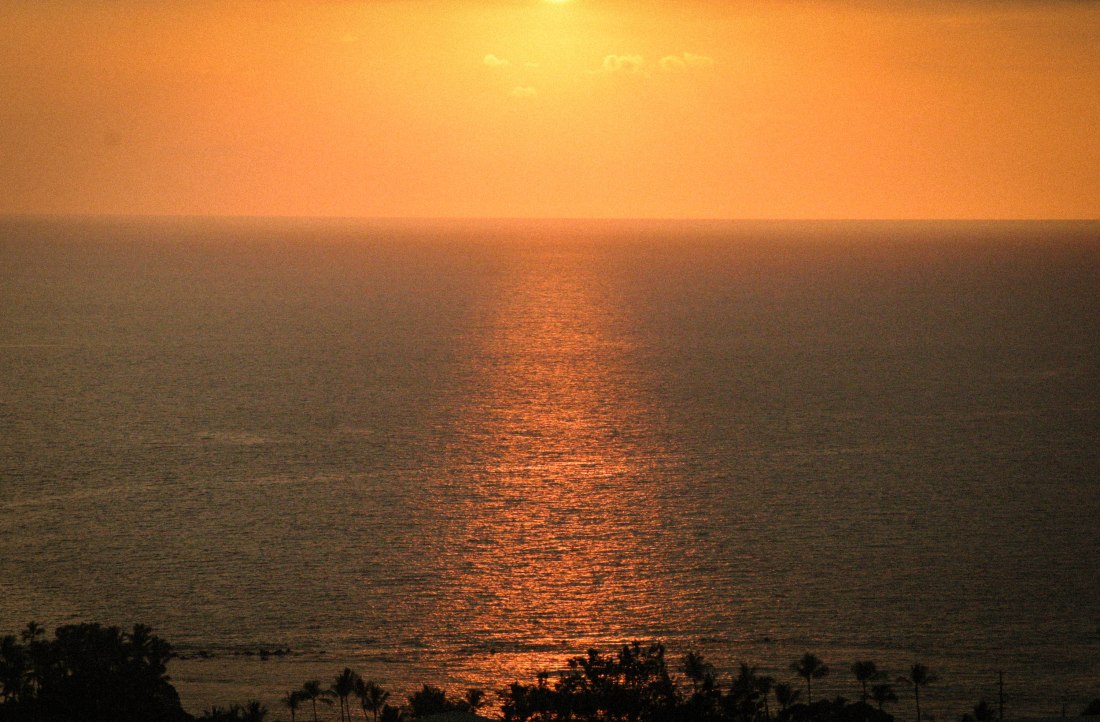 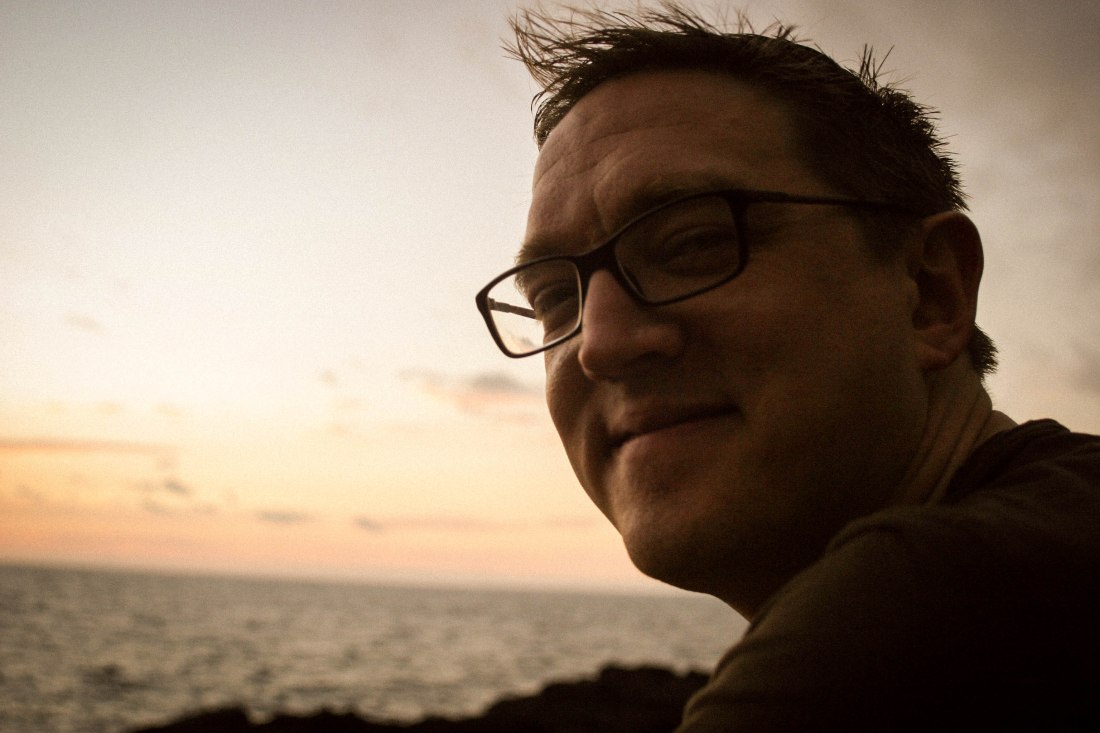 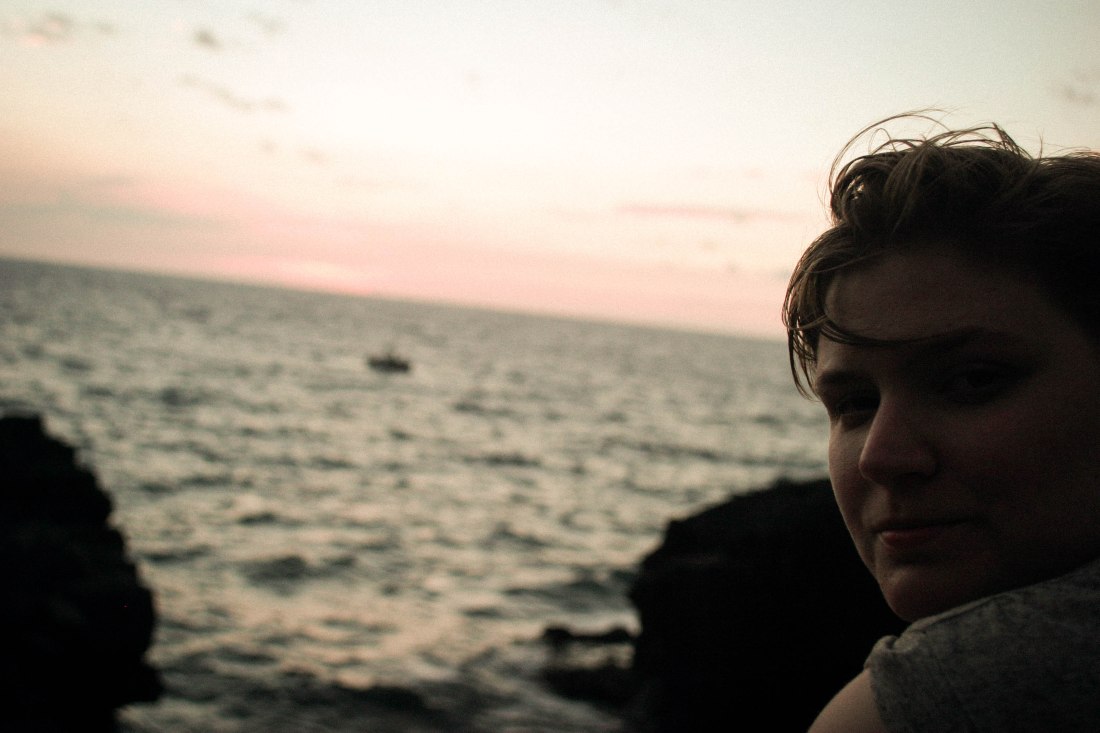 (It took Alan a while to get this shot. I haven’t really taught him how to use the camera yet). 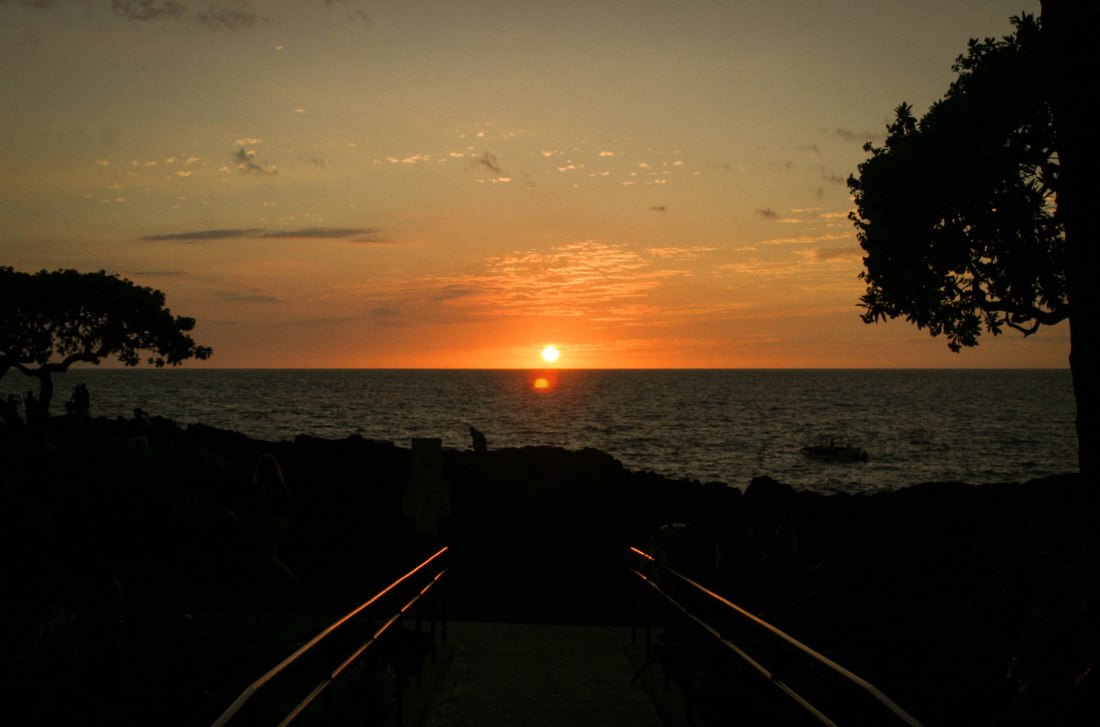 Still to come: A roundup of ‘Grams

Probably the most unique experience we had in Hawai’i was the chance to go to the top of Mauna Kea (which is *actually* the tallest mountain in the world) and look at some stars. I had not known this, but many others do, that Hawai’i, and Mauna Kea specifically, is one of the most ideal places for land-based astronomy on Earth. It’s high above the clouds, there is little light pollution or moisture, and it’s place near the equator gives it the advantage of being able to see roughly 90% of the entire sky.

We started this tour by getting picked up in a mini bus hours and hours before sunset, taking a bumpy 2-hour drive straight up to the center of the island, all the while getting geology facts told to us by our ample guide. 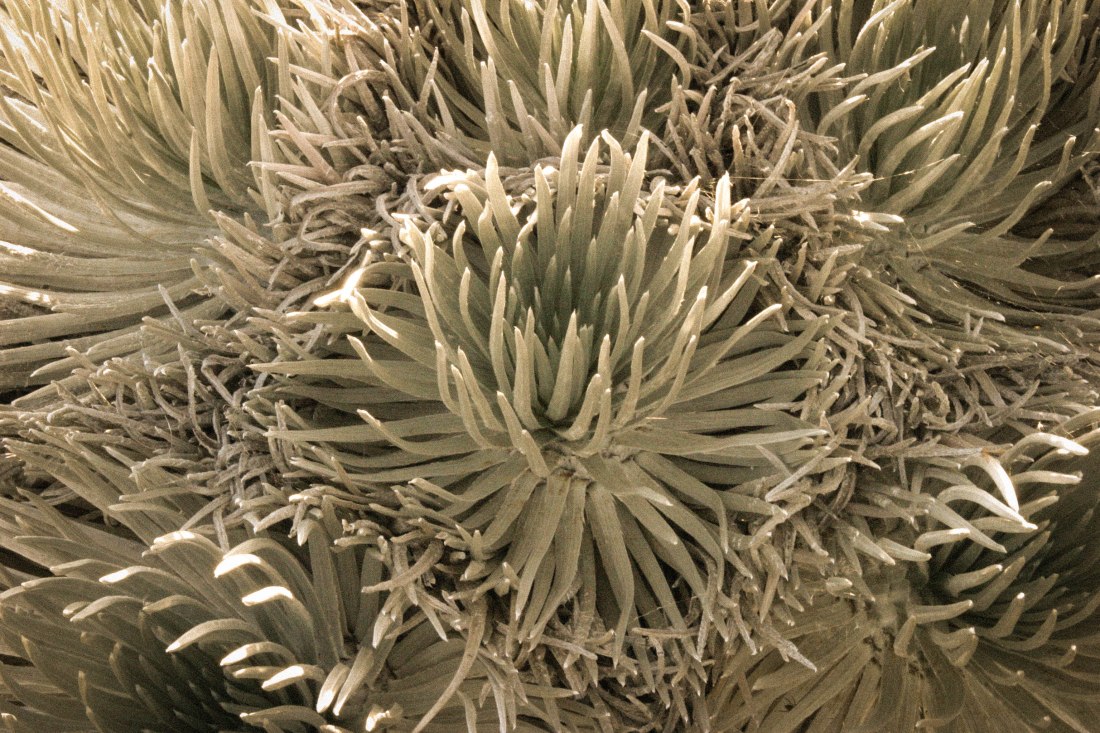 Eventually we reached the visitor center about 9,200 feet above sea level for a dinner break. I later found out that this is also to acclimate ourselves to the thinning oxygen. Then, we went even higher, up a bumpy, precarious dirt road. 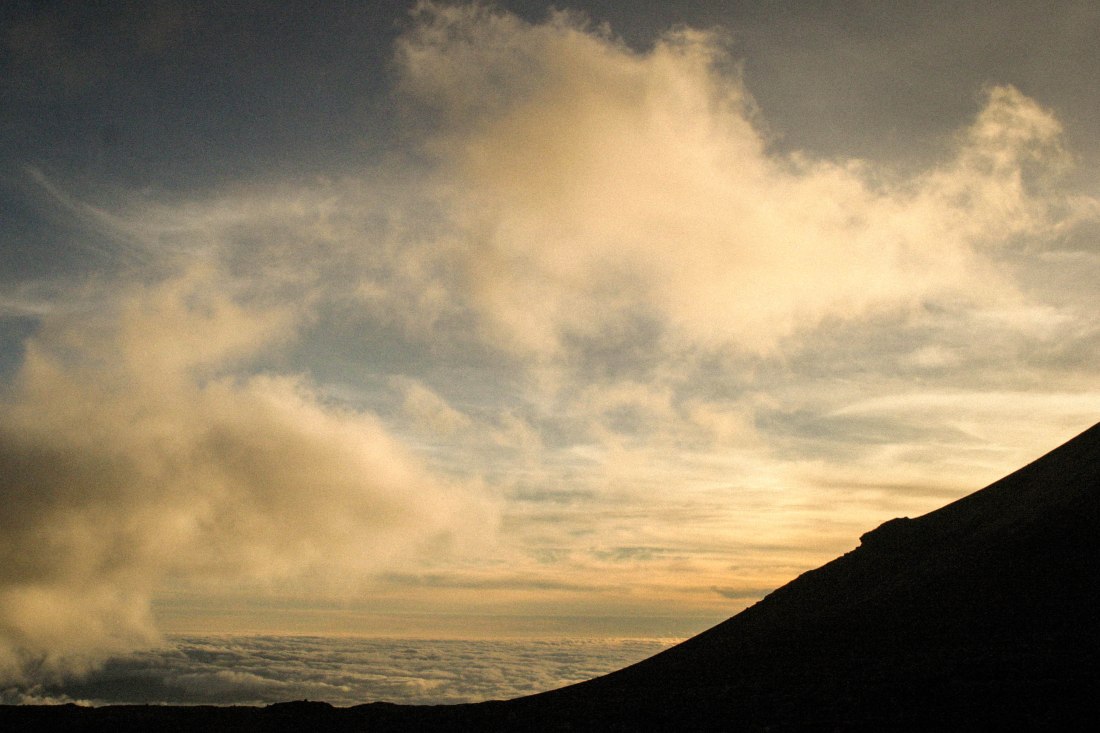 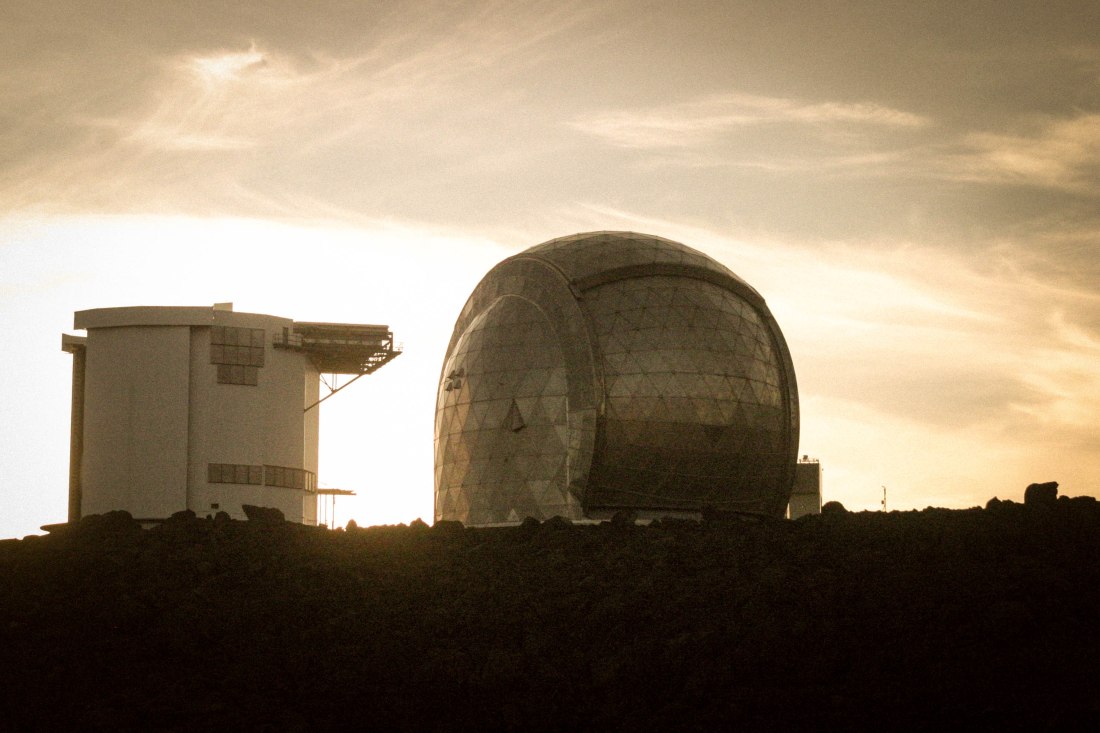 Still not quite at the summit of Mauna Kea, we stop off to look at a couple observatories. This is the Caltech Submillimeter Observatory. 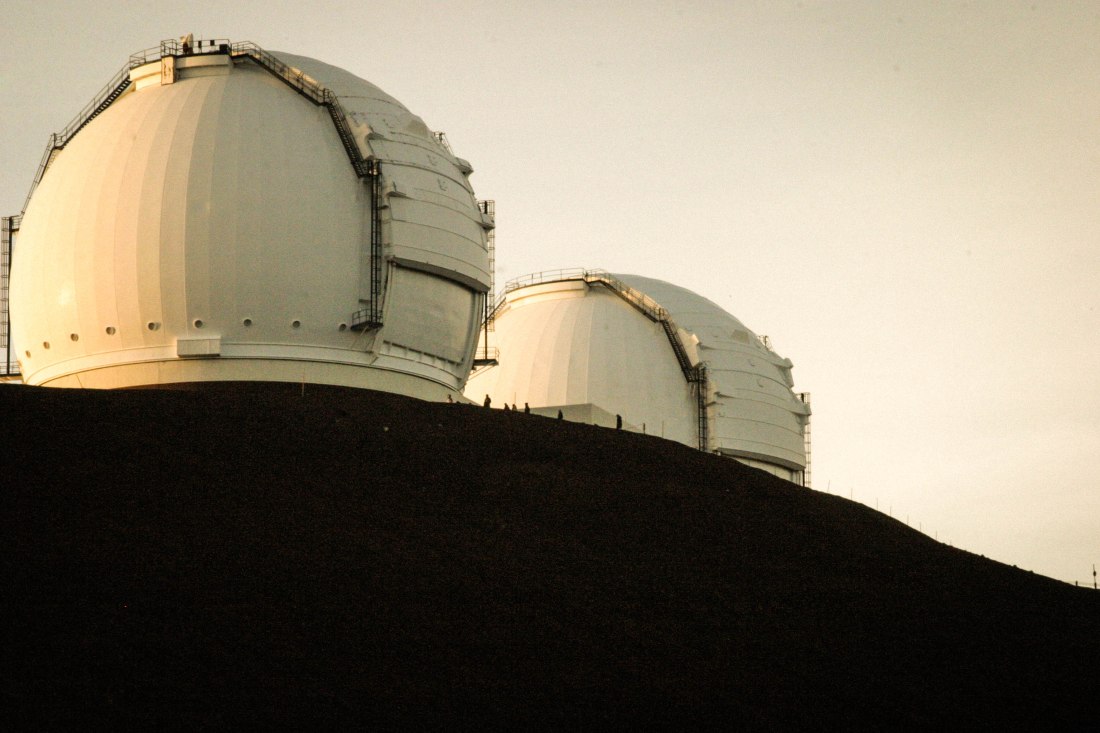 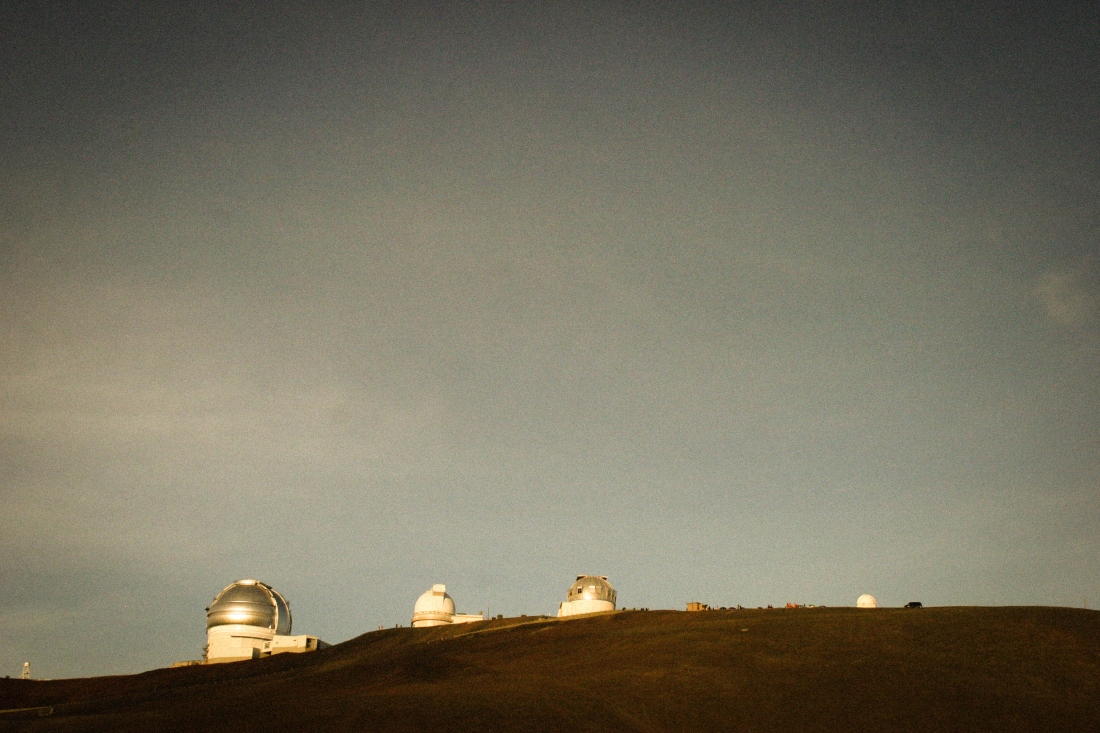 Still a bunch more to see!

It was all so surreal, to be so high up, in the cold, in Hawaii of all places, feeling like you were on Mars (or Tatooine). Actually, the ground at the top of the mountain is a near exact match for the basalt found on Mars. The iron in it has rusted. 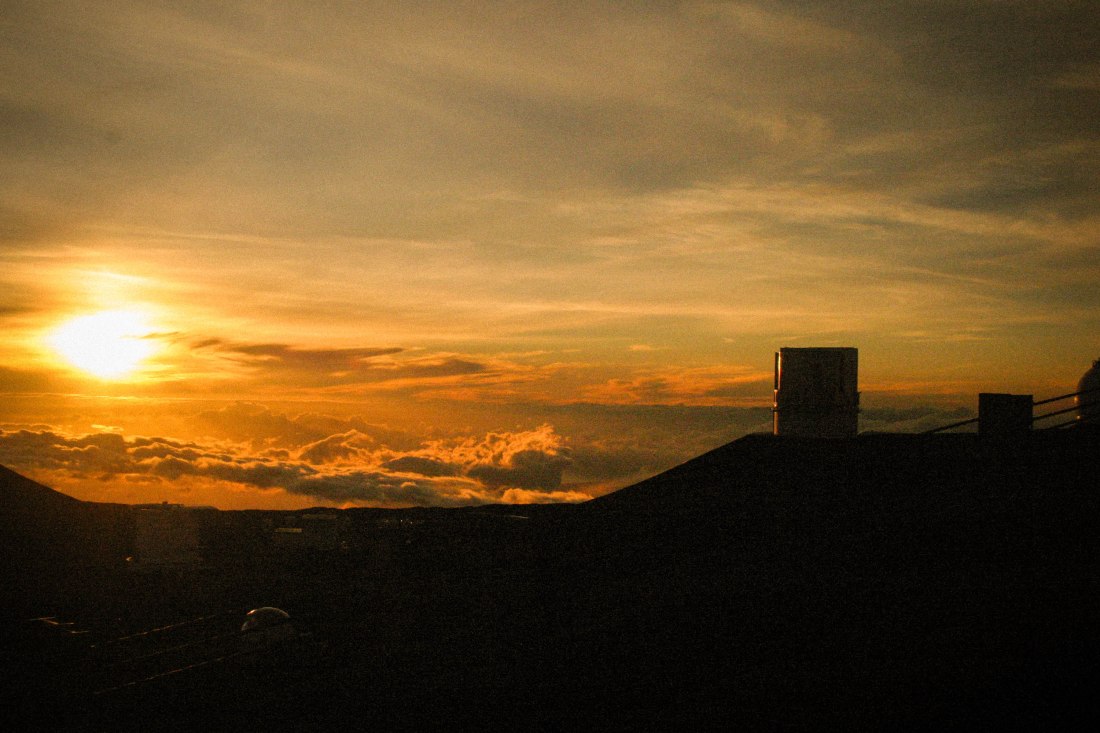 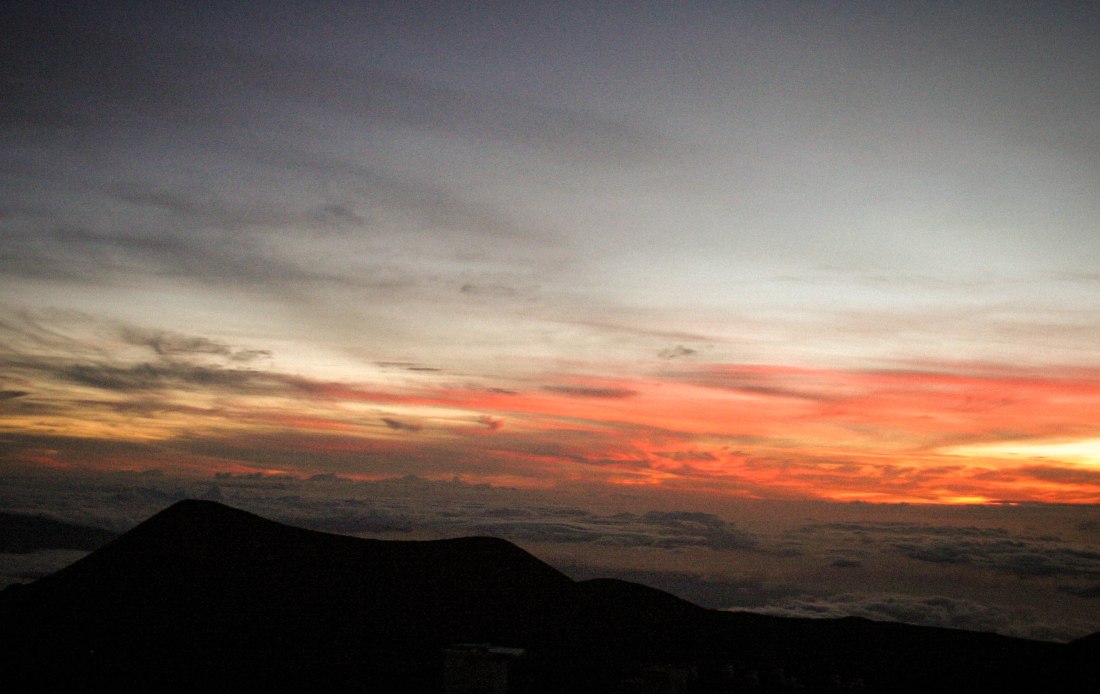 Once we got to the top, we were just free to walk around and wait for the sun to set. The best word to describe it all at once would probably be “majestic.” I can still feel how cold and thin the air was (I got, like, pretty woozy). 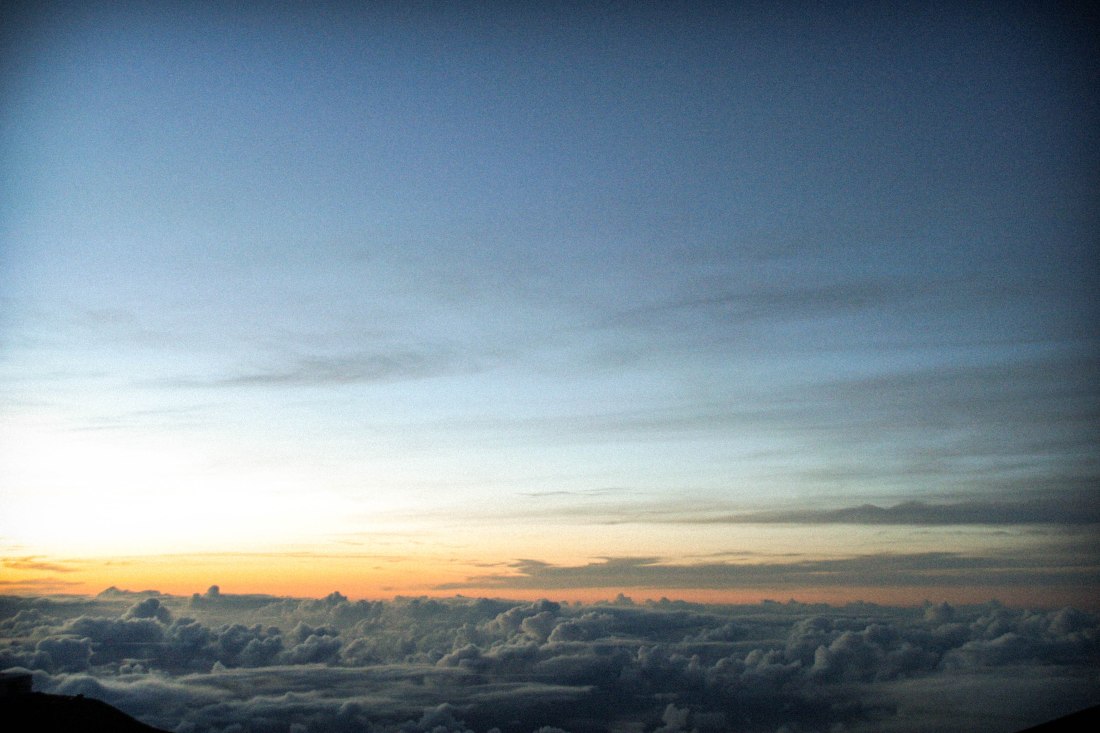 I don’t have anything after this part, as I didn’t have a tripod on this trip (that would’ve been dangerous anyway. Too much trying to focus in the dark, not enough just chilling out and enjoying the moment.) After the sunset though, we went back down to the visitor center, stood on a dark hill, and checked out some far, far away star clusters with sweet telescopes. And having access to most of the sky is pretty  cool; we got to see constellations we’d never seen before. Like Scorpio, which is just massive and what gives it the right to be that big anyway?

If you ever go to The Big Island, above all else, this is a must. There’s only one or two other places in the world you can do this stuff.

Our THIRD day on the Big Island saw us taking a helicopter tour. Geographically, Hawai’i is an insanely diverse place. Alan really knows a lot more about this than I do, but the island rests above a hot spot in the ocean, and the land is still growing. On the west side, you see white sand beaches, and on the east, it’s all lava cliffs, as it’s the newer side of the island. It’ll probably keep growing too. Nature is crazy and amazing, right? 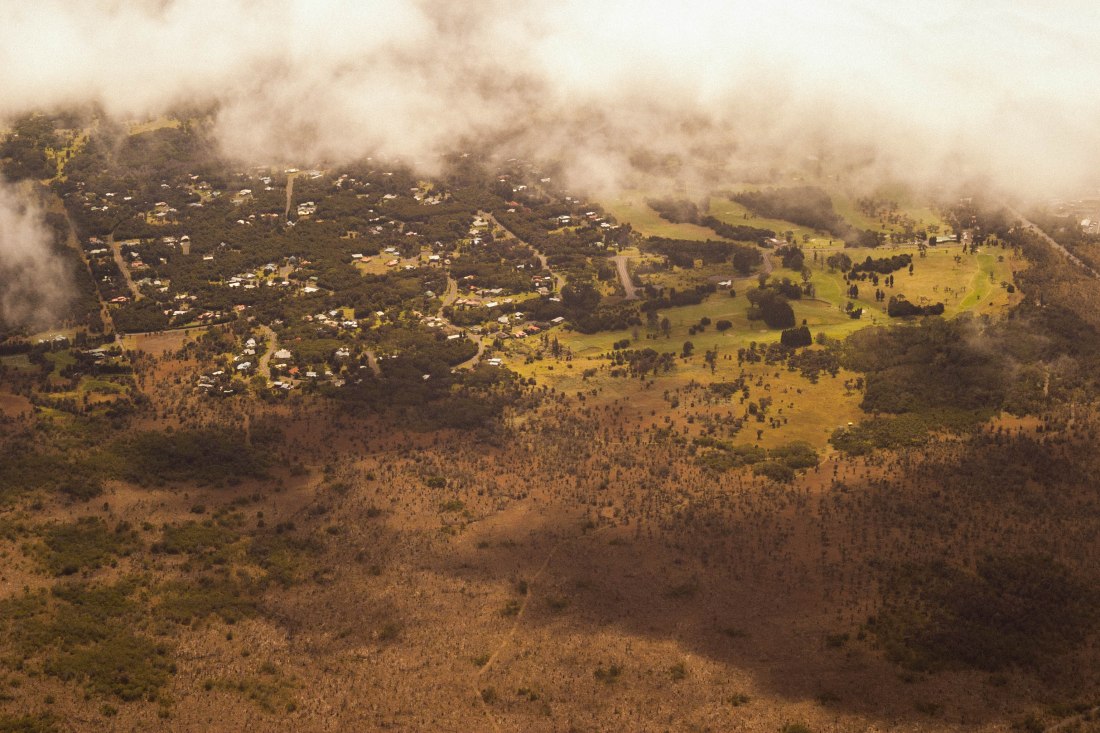 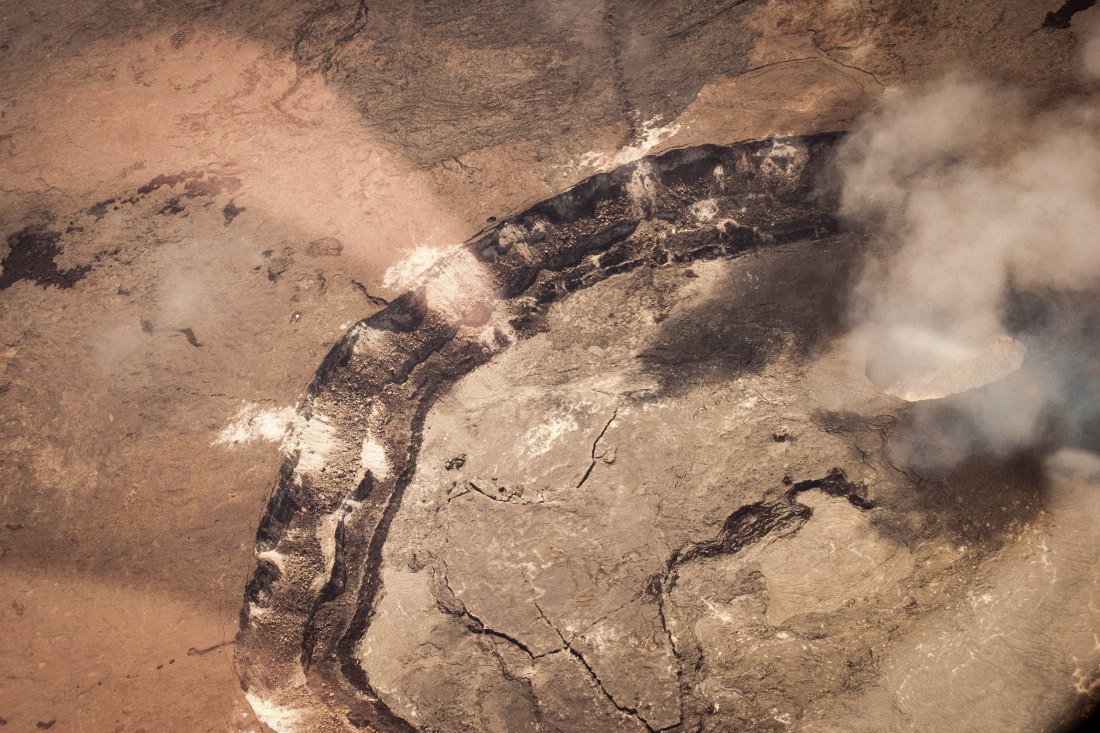 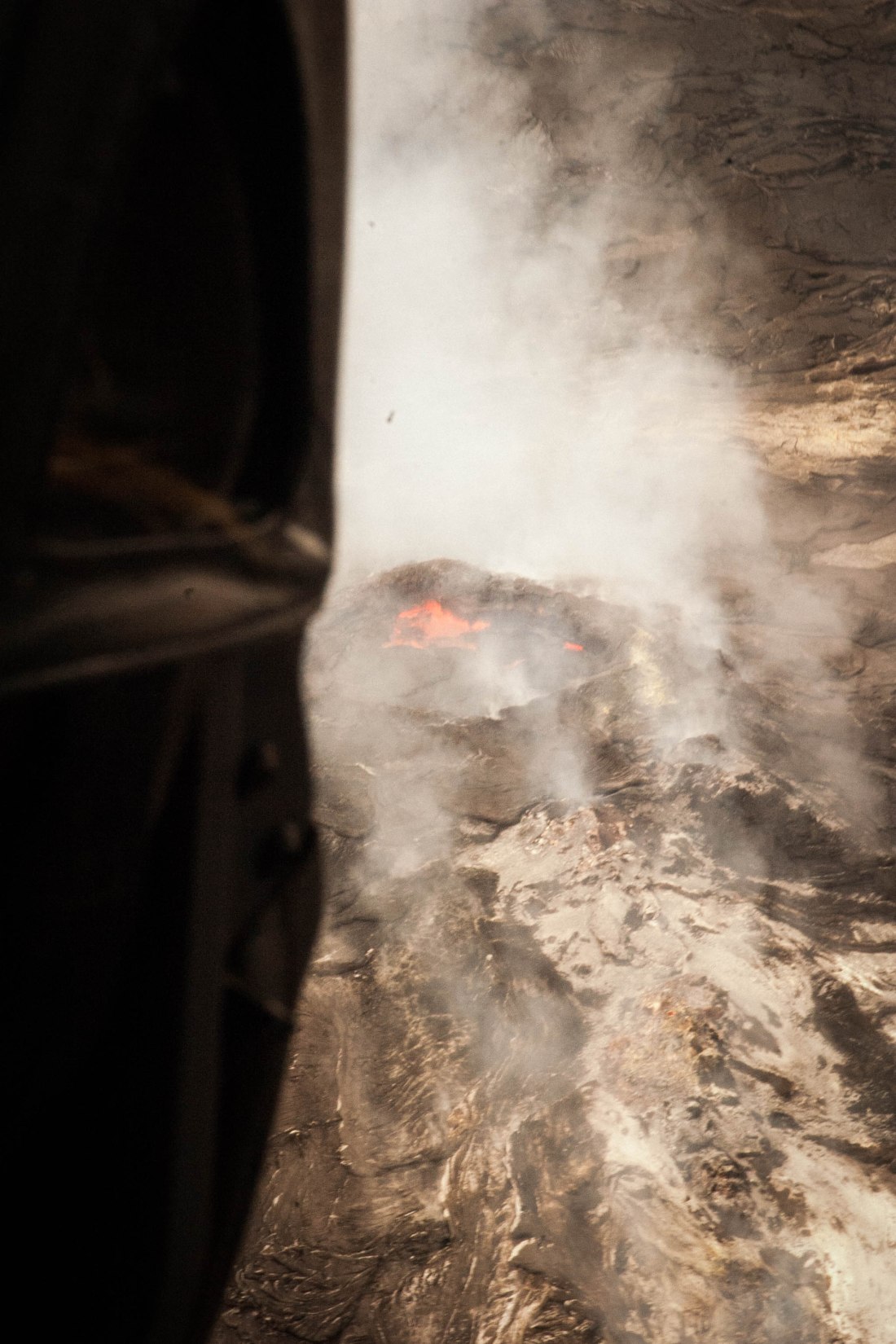 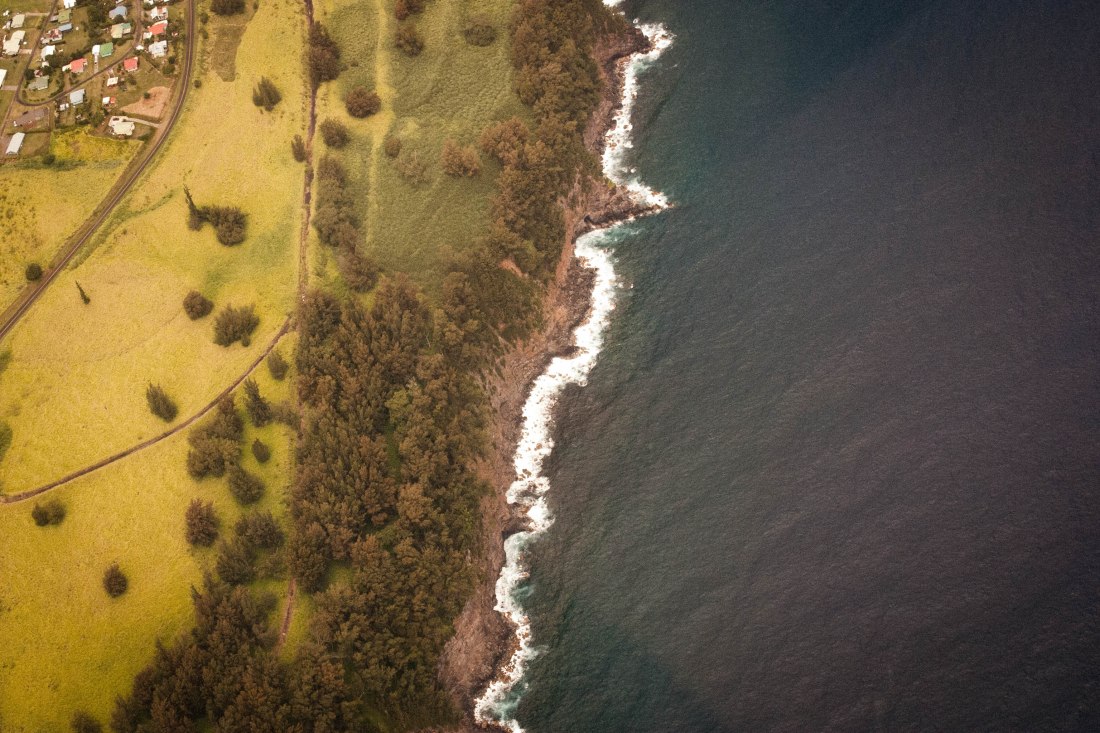 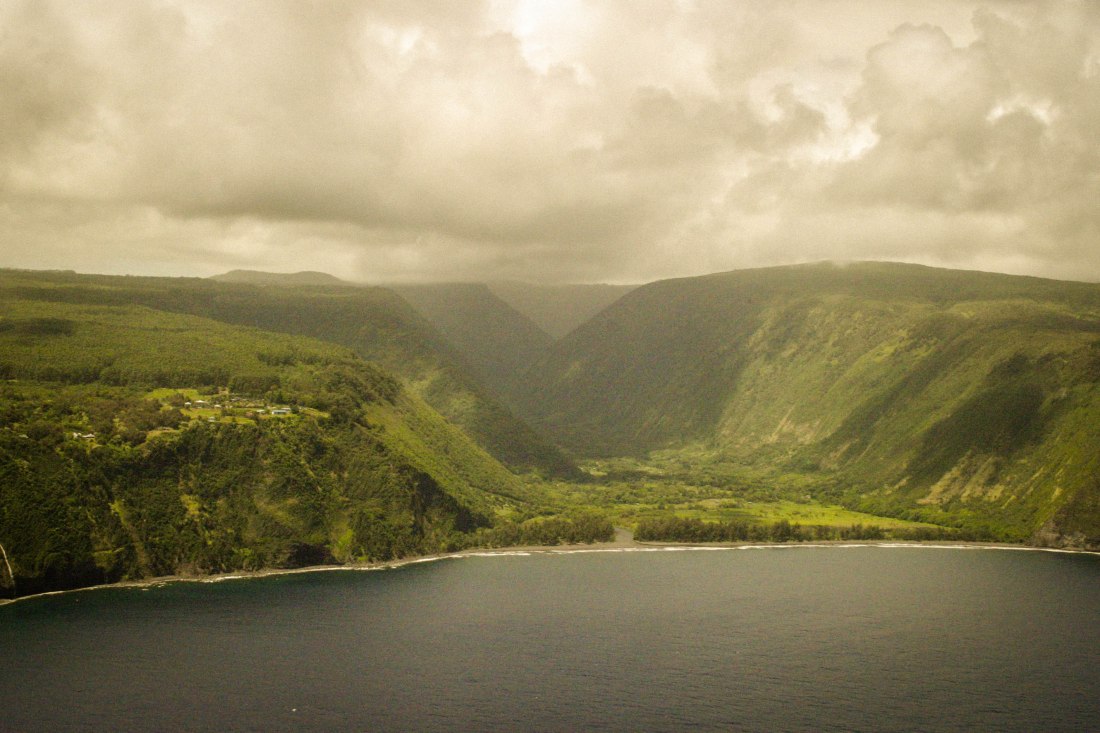 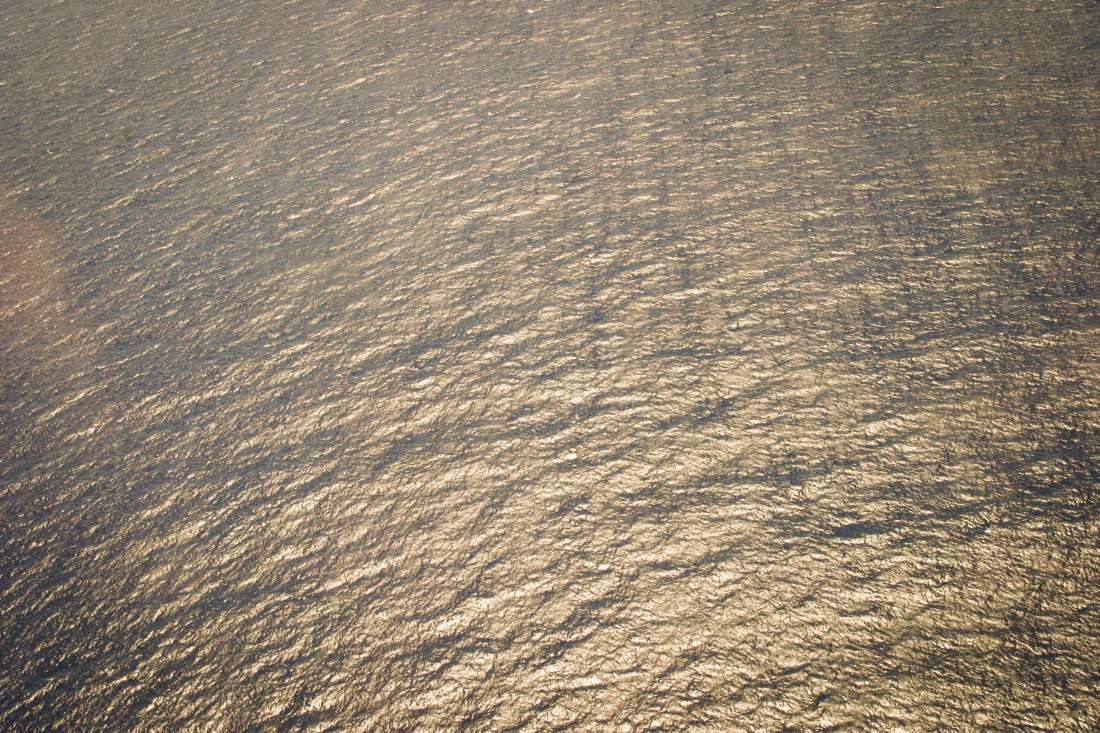 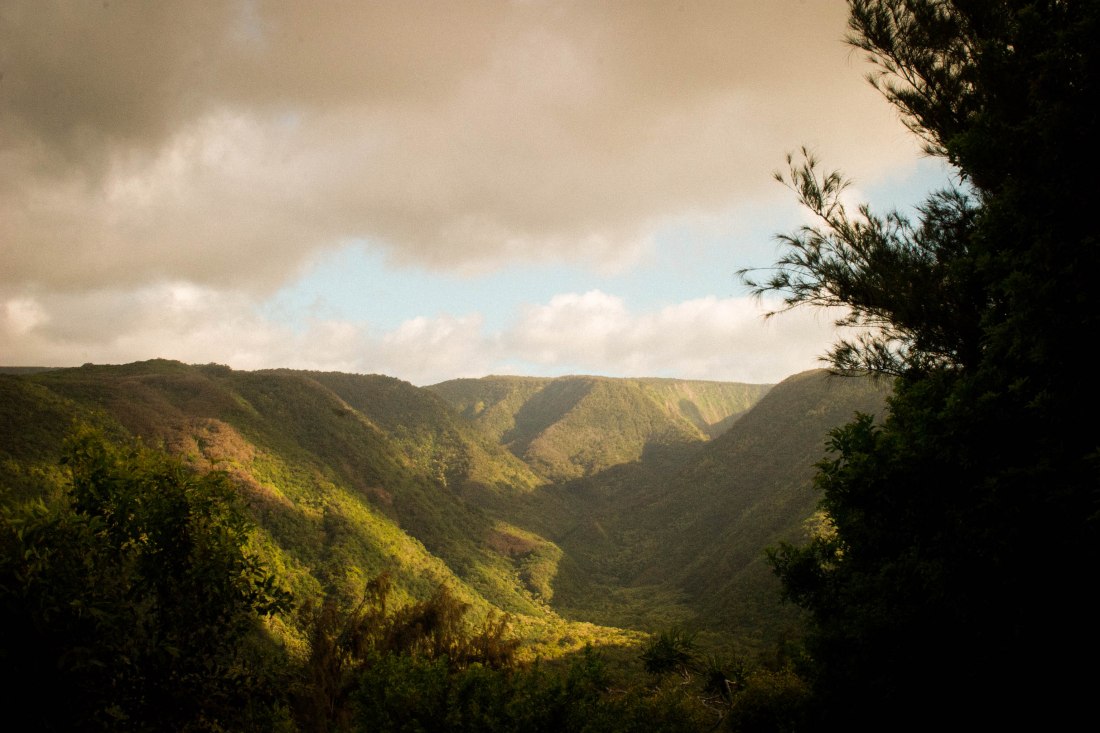 Round two of the Honeymoon roundup. Our second day in Hawai’i, we rented a car and went north to do some ziplining. I have no pictures of that, only GoPro. Since we had the car though, we were advised to go to the “End of the Road.” It’s literally the end of the highway on the west side. Suddenly you’re a mile above a gorgeous secluded black sand beach and cliffs and hills that look like they’re from Jurassic Park (side note: they are from Jurassic Park). 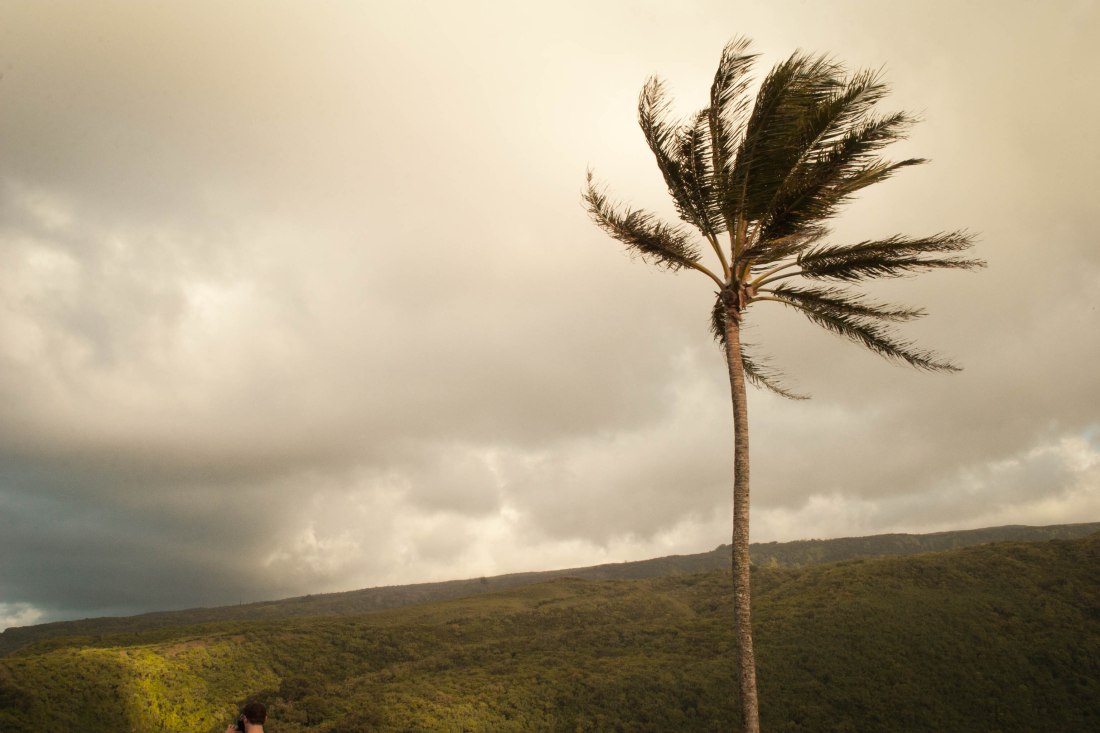 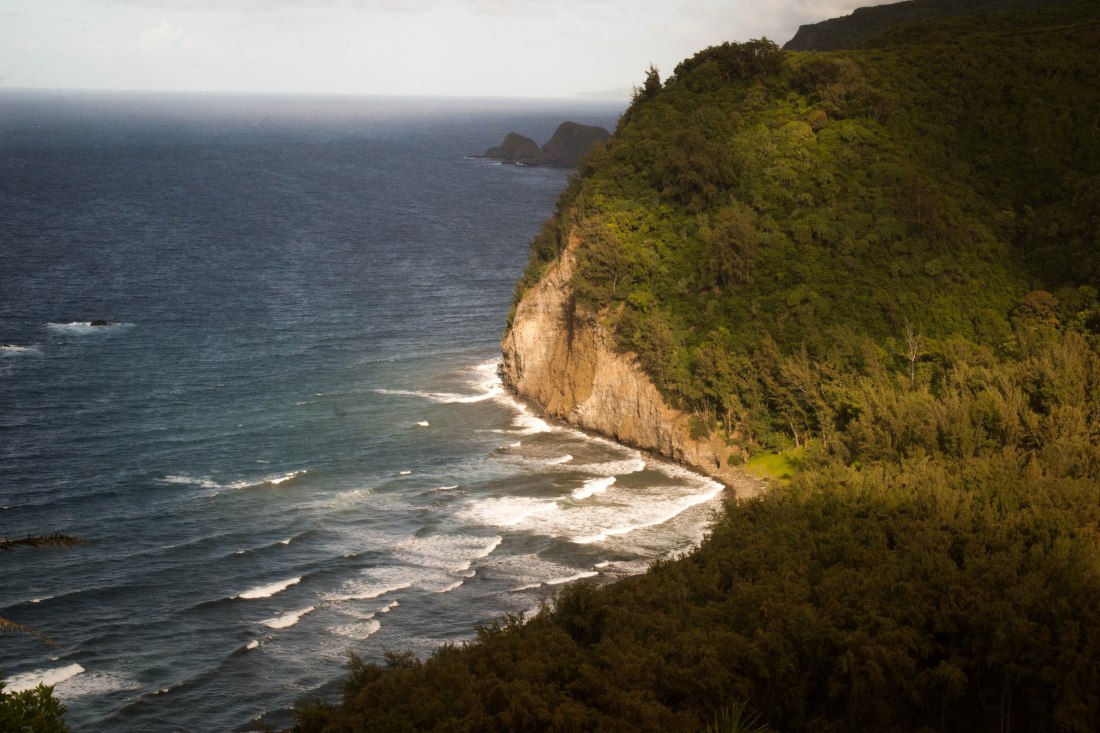 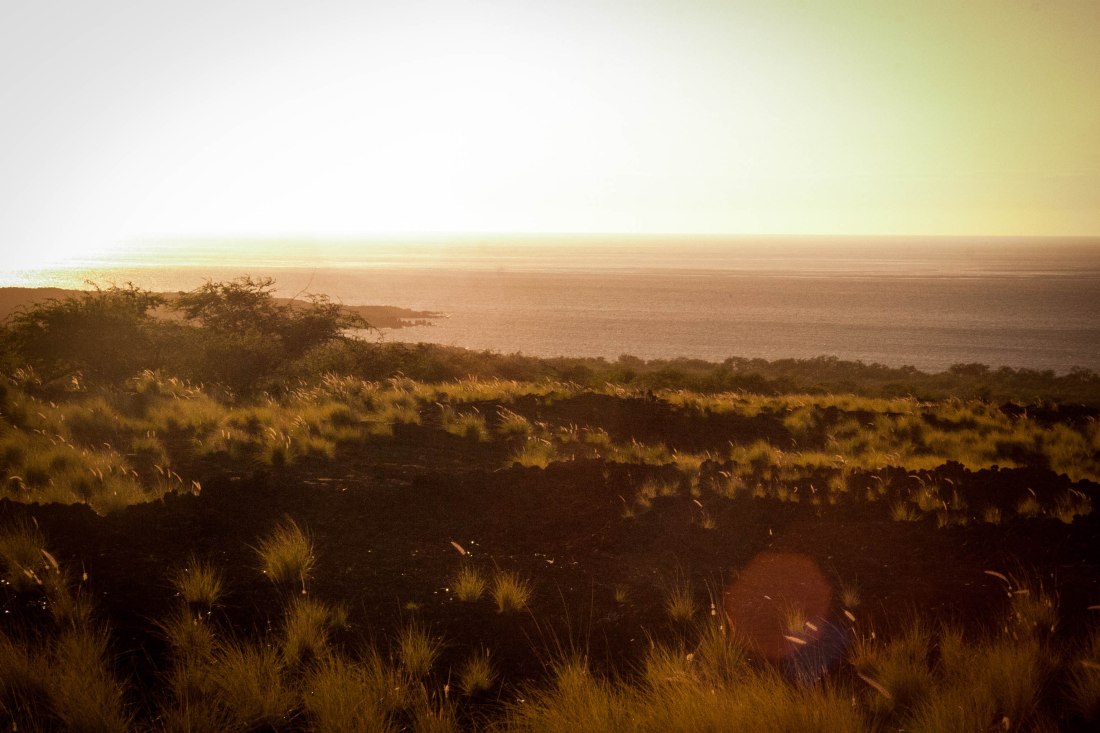 Then on our way back south we stopped at this “scenic overlook” (???) Most of the road north of us was a volcanic desert. Which is cool the first time driving through it. Not after like, 6 times though.