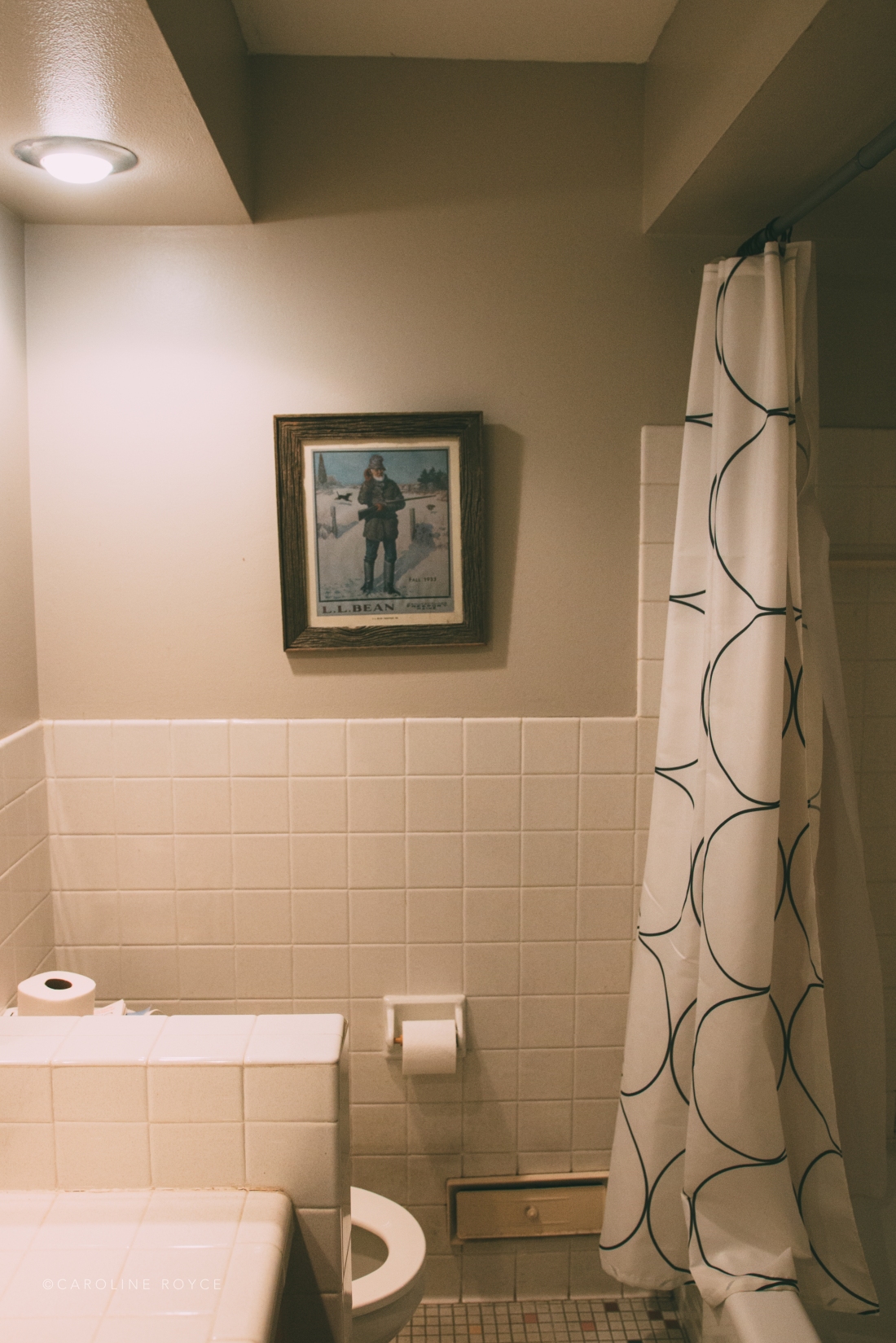 Whoa, welcome to a new room of the house! And it’s so glamorous too. The main bathroom. I say “main” because we also have a ‘master bathroom’ in our bedroom, and one in the basement as well (which is gross, but it has a shower, credit to it), full disclosure… Anyway. I’ve never had a *huge* problem with the bathroom. We basically decided that doing a full scale remodel (meaning, new tiling, new fixtures, new sink, everything) was unlikely. This room feels very outdated though. It’s covered in beige-y tiles and light tan paint. Who ever thought that was a good idea? 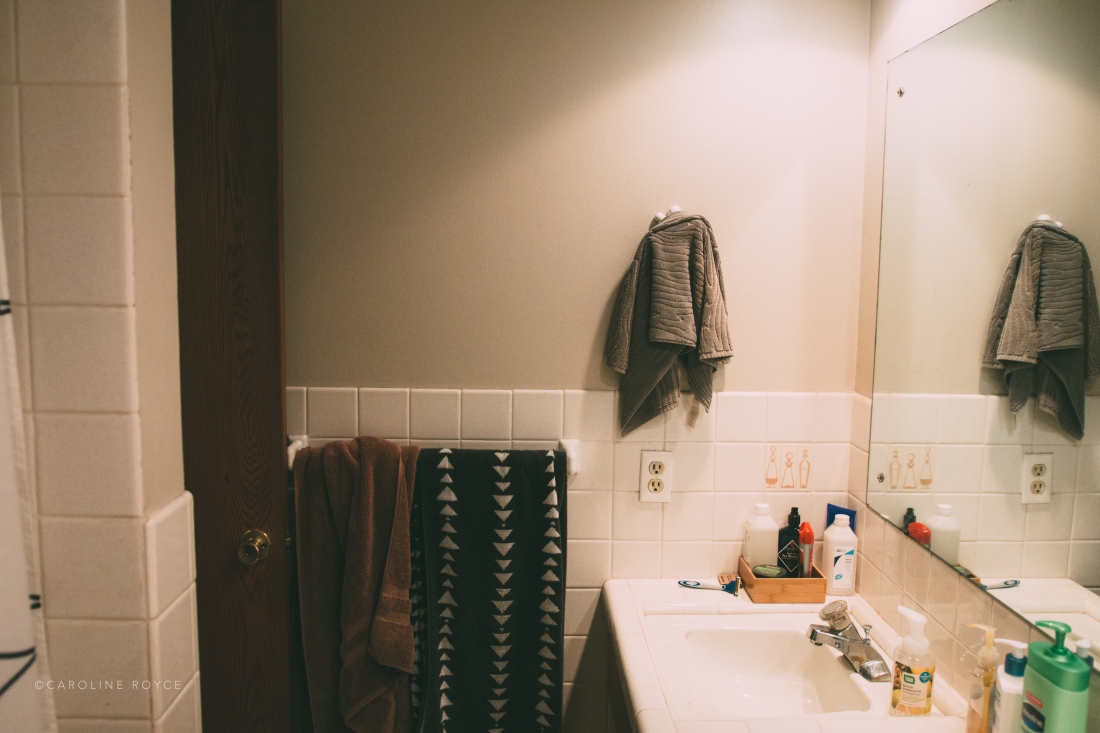 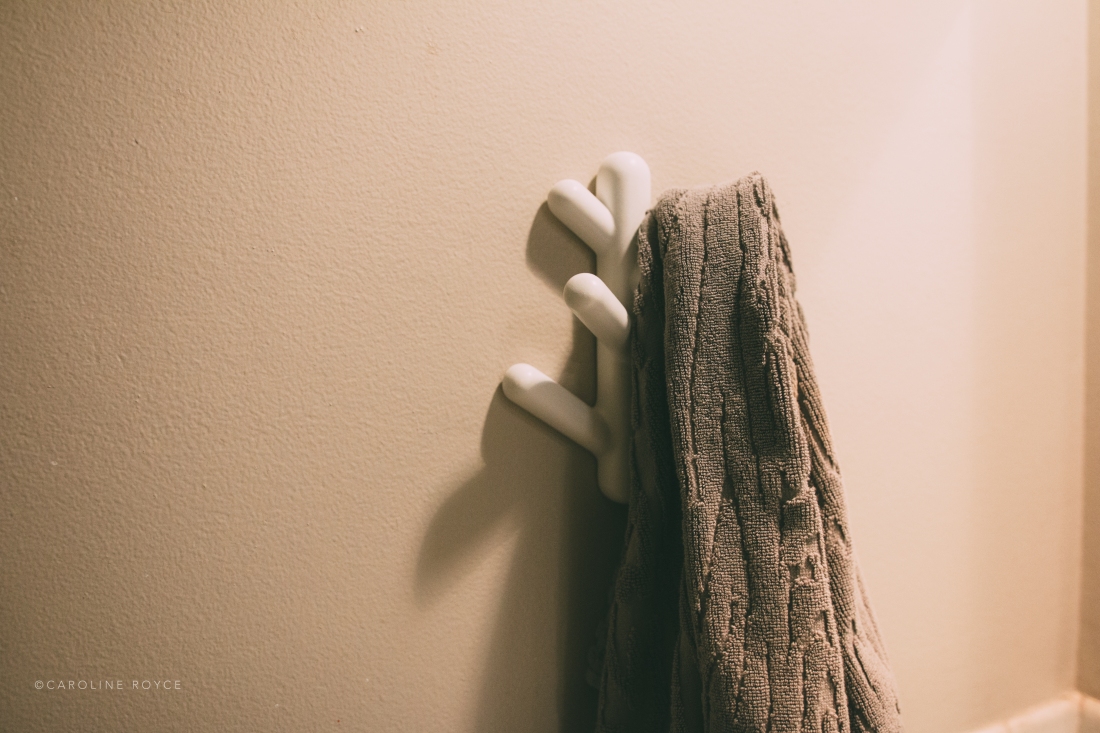 The most cool thing in there right now is this little modern tree branch hook I got from the container store a while ago (looks like they don’t have it anymore). I will allow it to stay. 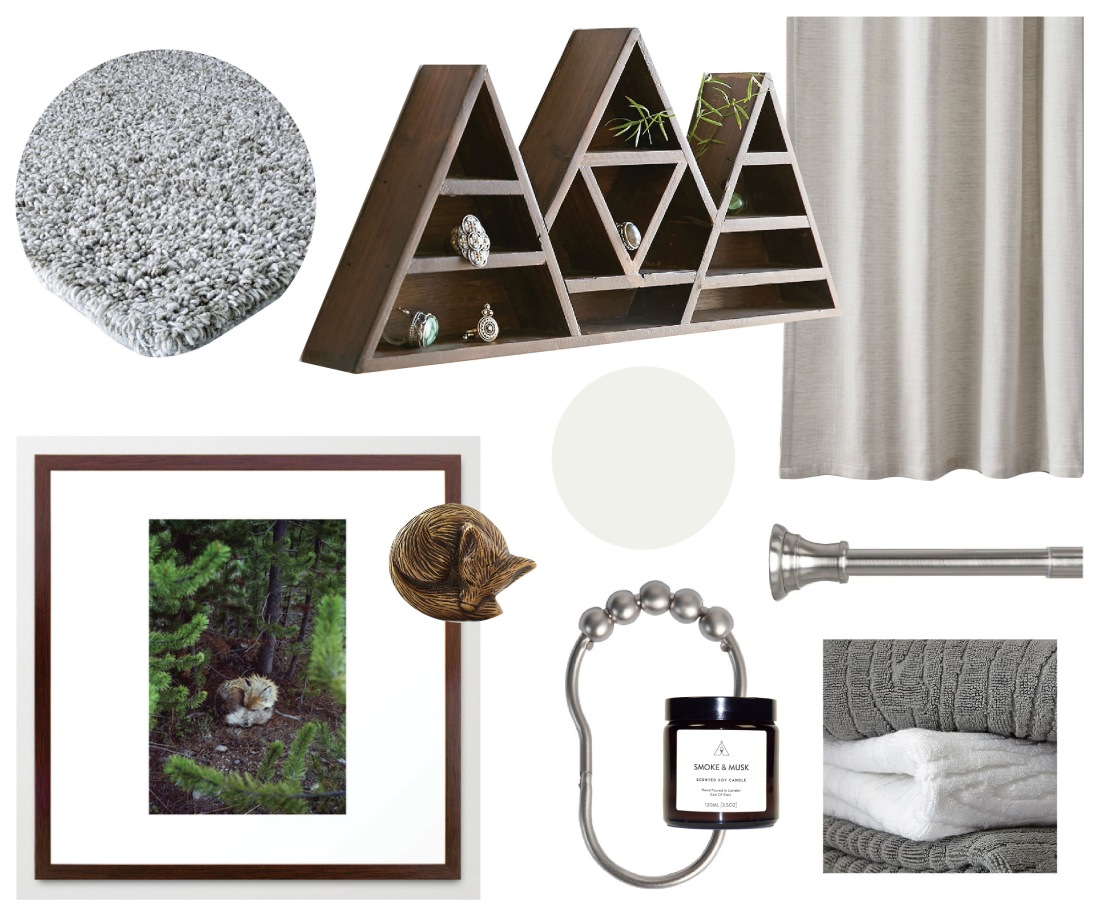 l I’m thinking of going this direction, which is sort of an extreme departure from the rest of the house! This is more whimsical and rustic than the scandinavian-modern-minimalist thing I tend to go for otherwise (although as I was breezing through the living room today, it’s sort of a combination of both). But… I found that Mountain Shelf on the Urban Outfitters website recently and I immediately knew I had to have it. So I brainstormed with Alan about where it could go. We suggested a myriad of places, and he mentioned the bathroom. Hm. Sure! So it’s really the shelf that has inspired this whole post. But also, let’s be real. I’m itching to get some home projects done. And as I’m not very handy, making cosmetic changes will go a long way to improve the feel and energy of the house. No need to do that much.

Looks like I got my work cut out for me this weekend. Have a good one!