*Full Disclaimer: I originally wanted to title this blog “The Vinyl Solution,” which I realize is sort of horrific and offensive, albeit totes clever (and kinda fitting for this post!). But… I figured I’d rather deliver an honest blog post about a very innocent topic and not have that resting on a Holocaust pun. Sorry.

I’ve had this blank wall here in the living room, well, as long as we’ve had the house. Way, way back in early Spring, I purchased the Bon Iver Holocene 12″, because I’m super into that dreamy watercolor look. And I thought, wouldn’t that be a cool thing to frame? It’s like, Hipster Cottage Art. And I also found nice wooden record frames from Urban Outfitters – 2 for $20! (looks like they don’t sell them anymore). I hadn’t decided what the second album to frame would be until earlier this summer, when I was listening to a lot of Mac DeMarco. And I also dug the lo-fi, kind of summery analog look of Salad Days as well. And I figured this was such a simple project that needed doing. So, I rolled up my sleeves, and asked Alan to mount these babies on the wall. I was in part motivated by the need to organize the overflow of records that I’d resorted to leaning against the credenza. It was kinda cool and casual at first, but I also just ordered like, 4 LPs recently and they’re comin’, and I need a place for them. Luckily, I was strolling through Target yesterday, and they had these milk crates for 15% off. Score! 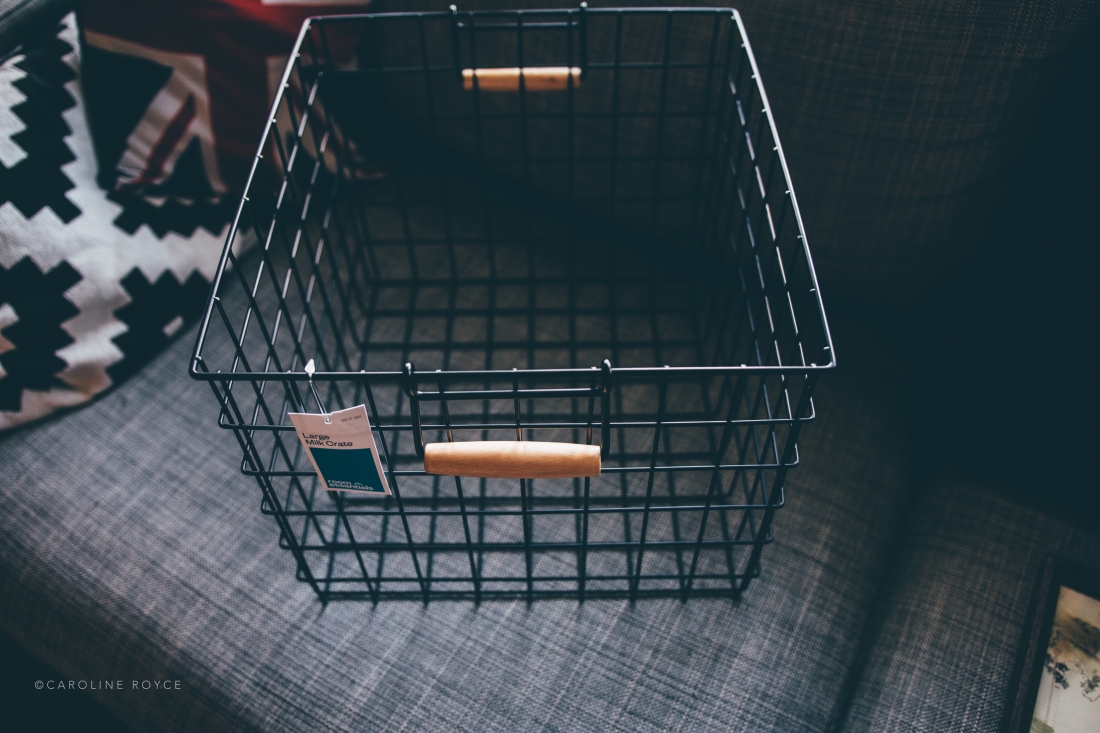 Now the majority of records are in the basket, and out of sight. My Bon Iver LP sitting pretty in the front. So quaint, so cozy.

Just a few little solutions to make this area feel a little more put together and deliberate.

Hi! I'm a graphic designer, photographer and female person. I live in Minneapolis with my husband Alan and our baby son Alexander and baby cat Arya.

[…] that has inspired this whole post. But also, let’s be real. I’m itching to get some home projects done. And as I’m not very handy, making cosmetic changes will go a long way to improve the […]